ASIF was formed with the aims to promote the interests of the finance and investment community of Asia and Oceania, and to assist the development of finance and investment professionals through the interchange of ideas and provision of means to facilitate industry communication among the community. Its specific objectives are embodied in the Federation’s Constitution.

In November 1979, representatives from Australia, Hong Kong, Japan, Korea and an observer from Chinese Taipei met in Hong Kong and resolved to establish the Asian Securities Analysts Council (ASAC) as an international co-operative organisation for securities analysts in Asia and Oceania.

At the 17th Annual General Meeting of the ASAC in Auckland, New Zealand, in October 1995, the eleven member societies of ASAC formally agreed to transform the organisation into Asian Securities Analysts Federation Incorporated (ASAF).

At a Special General Meeting held on 26 January 2001, the Securities Analysts Association of China was admitted as a member.

At the Annual General Meeting held on 30 November 1996, the Association of Securities Analysts of the Philippines was admitted as a member.

At the Annual General Meeting held on 25 October 2008, the Constitution was amended and the name of the Federation was changed to Asian Securities and Investments Federation (ASIF). At the same AGM, expulsion of Indonesian Association of Investment Managers was approved.

In January 2009, CFA Singapore submitted the resignation as full member of the Federation. At the Special General Meeting held on 12 June 2009, Securities Industry Development Corporation (SIDC) from Malaysia was approved as a full member.

At the AGM held on 20 October 2014 SRTC, Vietnam were admitted as a full member. 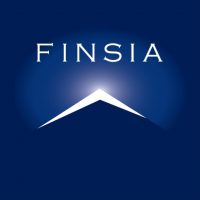